Why dollars? The United States held three-quarters of the world's gold. No other currency had enough gold to replace it. The value of a dollar was 1/35th of an ounce of gold. Bretton Woods allowed the world to slowly move from the gold standard to the US dollar standard.

Now the dollar has become a substitute for gold. As a result, the value of the dollar began to rise against other currencies.

This transition created an increased demand for dollars, although their value in gold remained the same. This discrepancy in value set the stage for the collapse of the Bretton Woods system three decades later.

Why the agreement was necessary

Prior to World War I, most countries followed the gold standard. However, they severed their connection with gold in order to be able to print the currency needed to pay for military expenses. This influx of currency caused hyperinflation as the supply of money exceeded demand. After the war, countries returned to the gold standard.

Hyperinflation caused the value of money to drop so dramatically that in some cases people needed wheelbarrows full of cash to buy a loaf of bread.

Everything was going well until the Great Depression. After the stock market crash in 1929, investors switched to trading in commodities. This led to an increase in the price of gold, causing people to exchange their dollars for gold. The Federal Reserve made matters worse by protecting the country's gold reserves by raising interest rates.

The Bretton Woods system gave countries more flexibility than strict adherence to the gold standard. It also provided less volatility than a currency system without a standard. A member country still retains the ability to change the value of its currency, if necessary, to correct a “fundamental imbalance” in the current account balance.

The role of the IMF and the World Bank

The Bretton Woods system could not work without the IMF. Member countries needed it to bail them out if their currency's value got too low. They needed a kind of global central bank that they could borrow from if they needed to adjust the value of their currency and they didn't have the funds themselves. Otherwise, they would simply impose trade barriers or raise interest rates.

The Bretton Woods countries decided not to give the IMF the powers of a global central bank. Instead, they agreed to contribute to a fixed pool of national currencies and gold to be held by the IMF. Then each country member of the Bretton Woods system had the right to take the loans it needed within the limits of its contributions. The IMF was also responsible for enforcing the Bretton Woods agreement.

The IMF was not created to print money and influence the economy through monetary policy.

The World Bank, despite its name, was not (and is not) the world's central bank. During the Bretton Woods Agreement, the World Bank was created to lend to European countries devastated by World War II. The World Bank's purpose has changed to lend to economic development projects in emerging markets.

The collapse of the Bretton Woods system

In 1971, the United States suffered massive stagflation, a combination of inflation and recession that causes unemployment and low economic growth.

In response to the dangerous fall in value caused by too much currency in circulation, President Nixon began devaluing the value of the dollar in terms of gold. Nixon devalued the dollar to 1/38 of an ounce of gold and then to 1/42 of an ounce.

The devaluation plan backfired. It caused the US gold reserves at Fort Knox to run low as people exchanged their rapidly depreciating dollars for gold. In 1971, Nixon completely decoupled the value of the dollar from gold. Without price controls, gold quickly rose to $120 an ounce on the free market, ending the Bretton Woods system.

When the dollar was no longer pegged to the price of gold, it became the money standard and other currencies pegged their currencies to it. 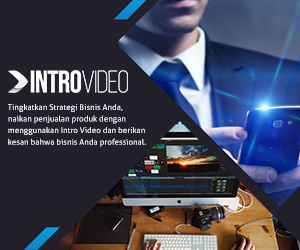